Clive Richardson Limited’s trophy cabinet is again full after an amazing afternoon at the annual ALCI Landscape Awards held at Titanic Belfast.  The locally owned company came away with six awards for projects delivered in the period up to March 2018.

Two of these awards were presented for the project to re-construct the pitch at Craven Cottage Stadium in London, home of Premier League side Fulham Football Club.    The project was announced as the winner in the Sportsgrounds category and was also given a special award for Design and Build Excellence.  The judges commented on the exceptional pitch surface which has been achieved, and the fact that the project was delivered in a tight twelve week schedule in the summer of 2017.

Further success was achieved in the Commercial Maintenance category where CRL’s daily maintenance of the Football Association of Ireland’s National Training Facility at the National Sports Campus in Dublin was announced as the winner.  This multi-pitch facility is maintained by CRL staff on behalf of the FAI and is the base for training for all of the Irish teams as well as hosting a number of other events, including Special Olympics 2018 Ireland Games in 2018.  The judges commented that the on-going maintenance was of the highest standard all year round, often in challenging conditions.

CRL’s work at The National Football Stadium at Windsor Park was also given an Award of Merit in the Commercial Maintenance category.  CRL staff manage the stadium pitch on a daily basis for the Irish Football Association and face the judges commented on the wonderful job which they do particularly as they face the challenge of delivering a top class surface for over 70 matches and events per year.

Priscilla McFarland, CRL Director/General Manager, is pictured showing off some of the awards received along with staff members Stephen McNally and Patrick Grimes.

CRL would like to place on record its thanks to the many clients, sub-contractors, suppliers and consultants whom we have worked with in making these projects a reality.  Without this partner support network it would not be possible for us to produce the stunning sportgrounds which so many people enjoy. 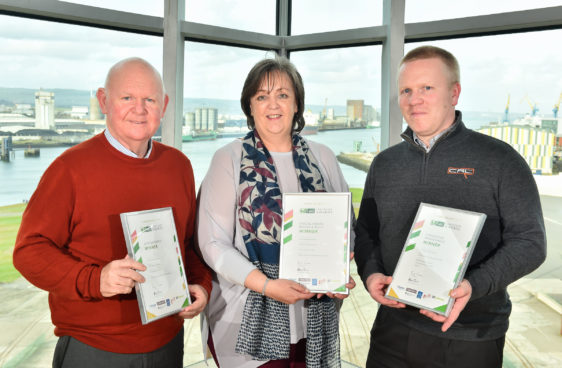 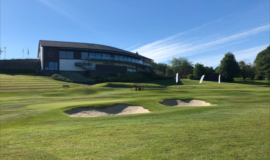 Clive Richardson Limited has recently completed the upgrade of the Belvoir Park Golf Course, working in conjunction with Swan Golf Designs and course manager Aaron Small and his team. The following article regarding the work which we carried out appeared in The Golf Business on 14 June 2019.  The article was written by Tania Longmire. Regarded as […] 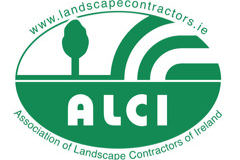 Clive Richardson Limited enjoyed a hugely successful afternoon at the recent Association of Landscape Contractors in Ireland 2019 Awards picking up no fewer than five awards.  The 2019 ALCI Awards were presented at an awards lunch on 6th March 2020 at the Convention Centre in Dublin. Aston Villa Football Club’s New Bodymoor Heath Training Ground Project […] 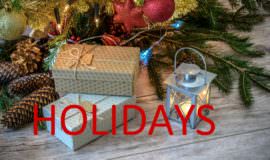