King Abdullah Sports City provides the most impressive state of the art facilities and services that have been created to provide an experience to be enjoyed by all visitors, whether they are spectators, organisers or the athletes themselves.  Opened in 2014, the stadium is a modern 60,000 all-seater stadium which is the focal part of the development.

The stadium has a range of high quality facilities for spectators, players, officials, security, media, and event co-ordinators — delivering the ultimate sporting experience.  The 3-level concourse has a range of areas and facilities including first aid rooms and bin stores, as well as equipment such as TV monitors, ATM machines and drinking fountains.

At pitch level there are loading bays, emergency services, staff car parking, a central production kitchen and a press conference room. Player facilities are located at pitch level with a secure dedicated drop-off/entrance and direct access to the pitch via a central tunnel. The player facilities are designed to FIFA standards, and include high quality changing rooms, warm-up areas, prayer rooms and a top class first aid centre.

Clive Richardson Limited was awarded the contract in early 2016 for the replacement and reconstruction of King Abdullah Sports City Stadium Pitch & upgrade works to the associated Turf Nursery.  The finished surface was to be the first ever industry leading DESSO Grassmaster system installed in Saudi Arabia

The following elements were included in the specification for the reconstruction of the pitch at the King Abdullah Sports City Stadium:

The main bulk of the works were carried out by Clive Richardson Limited over a 10 week period from late May 2016 until early August 2016.  The pitch was made ready for the first match to be played on it on 12 August 2016.  Clive Richardson Limited maintained a presence in the Stadium and turf nursery through to March 2017 when our team returned to the site.  At this time the existing pitch surface was removed and the pitch returfed with turf harvested from the turf nursery.  At this point the DESSO Grassmaster stitching process was completed.  The pitch was made ready for an international match between Saudi Arabia and Iraq on 28 March 2017. 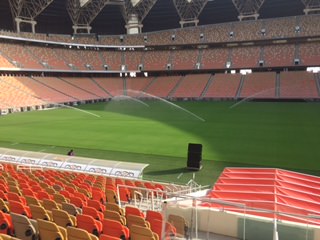 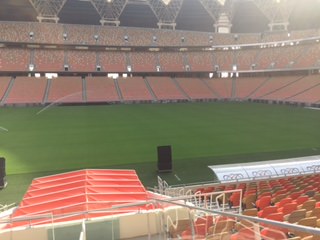 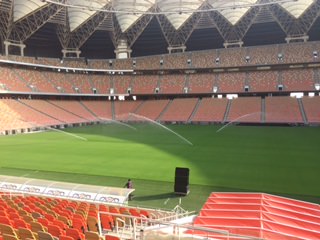 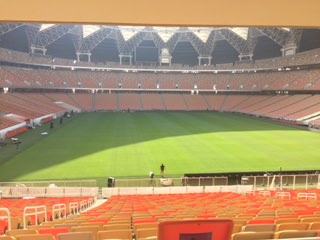 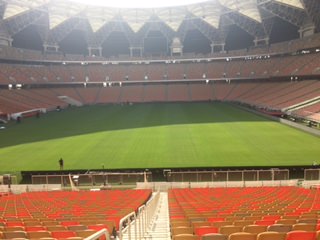 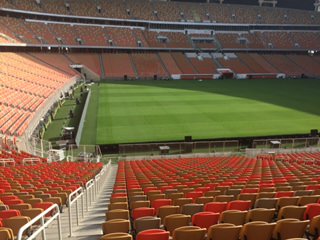 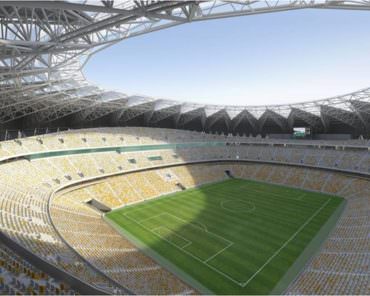 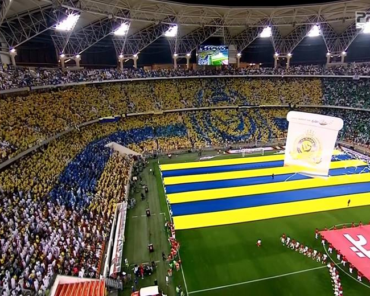 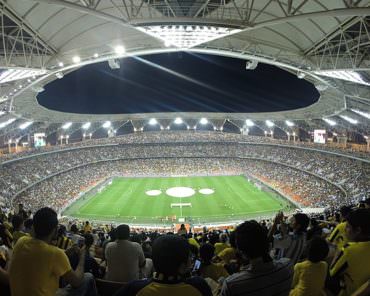 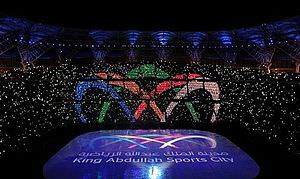 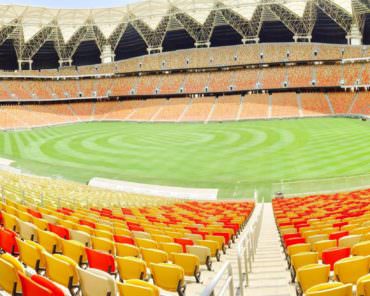 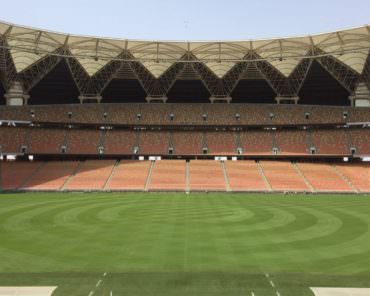 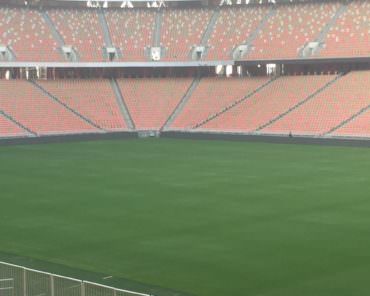 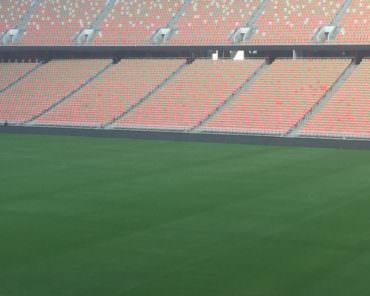 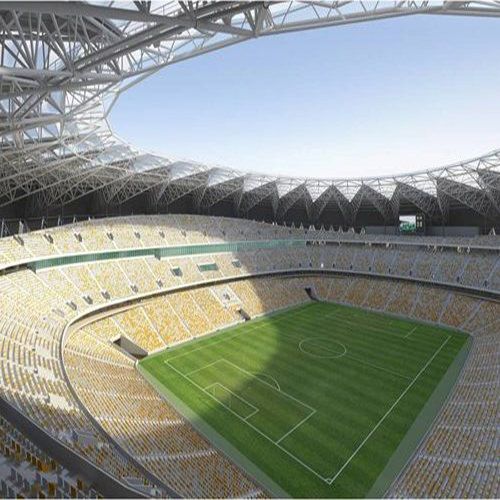 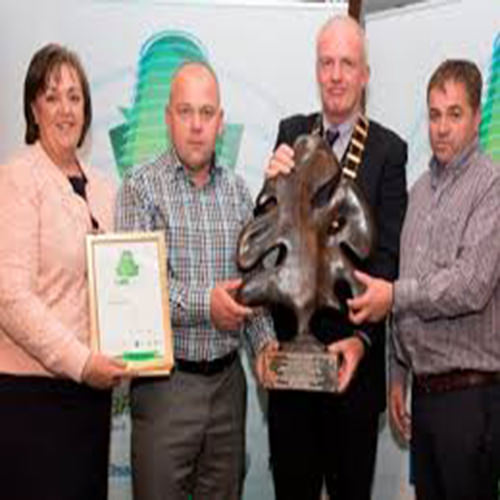